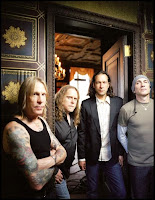 Gov't Mule (pronounced Government Mule) is a rock and jam band formed in 1994 as an Allman Brothers Band side project. They released their debut album Gov't Mule in 1995. Gov't Mule has become a staple act at music festivals across North America, boasting members from other notable bands.


1990s
When The Allman Brothers Band reformed in 1989 in response to the popularity of their Dreams box set, Warren Haynes was added on lead guitar and Allen Woody was added on bass. The two shared a love for '60s power trios, like Cream, The Jimi Hendrix Experience, and the James Gang. Haynes, Woody, and former Dickey Betts drummer Matt Abts came together as Gov't Mule during Allman Brothers breaks. They released their debut album Gov't Mule in 1995, which was followed by Live from Roseland Ballroom, released in 1996.

When the Allman Brothers were not forthcoming with any new material, Haynes and Woody left to concentrate full-time on Gov't Mule in 1997. Dose, their second studio effort, was released in early 1998. They were joined by members of the Allman Brothers, the Black Crowes, and Parliament/Funkadelic for their 1998 New Year's Eve concert. This was released in both a two and four CD version as Live... With a Little Help from Our Friends. The performances exposed some of the bands' influences, covering Neil Young, Free, Traffic, Jimi Hendrix, Little Feat, Black Sabbath, and Mongo Santamar?a (via John Coltrane).

2000-2003
In February, 2000, the band released Life Before Insanity, to critical praise, and although the band had already experienced previous successes, they anticipated a greater commercial success with this album. Unfortunately, Allen Woody was found dead in New York City in August of that year. On , 2000 a benefit concert was organized called "One for Woody", with the proceeds going to Woody's daughter, Savannah Woody, for her education. The Allman Brothers, The Black Crowes, Phil Lesh and Friends, Jimmy Herring, Edwin McCain and other friends of Woody and Gov't Mule also performed at the concert. Haynes and Abts considered ending the band after Woody's death, but continued to do limited touring in the Fall of 2000 supporting Ben Harper & The Innocent Criminals as an homage to Woody. Their subsequent "Smile at Half Mast Tour" that followed was named in reference to a poem Haynes wrote for Woody's funeral.

At the "One for Woody" performance and subsequently at other shows, Haynes began appearing with the Allman Brothers Band again. With Dickey Betts' departure from the Allmans, Haynes came back full time to the band at the beginning of 2001 and has continued splitting his time between the Allman Brothers, Gov't Mule and for a period Phil Lesh and Friends and the reformed Grateful Dead bands. 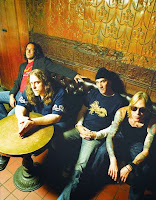 The next year, Haynes and Abts began to record a tribute CD using some of Woody's favorite bass players. These sessions resulted in two CDs The Deep End, Volume 1 (2001) and The Deep End, Volume 2 (2002). A documentary of the recording sessions was also made by Phish bassist Mike Gordon called Rising Low. Bass contributions to the CDs came from Jack Bruce of Cream, John Entwistle of The Who, Mike Watt of Minutemen, Les Claypool of Primus, Flea of the Red Hot Chili Peppers, and Chris Squire of Yes among others.

When it came to touring in support of the Deep End CDs, Haynes and Abts used a revolving door of keyboardists and bassists. Keyboardists included Chuck Leavell, formerly of the Allman Brothers and known for his current work with the Rolling Stones, Rob Barraco of Phil Lesh and Friends and Zen Tricksters, Phish's Page McConnell and Danny Louis. Bassists included, among others, Dave Schools of Widespread Panic, Oteil Burbridge of the Allman Brothers, Les Claypool of Primus, Victor Wooten of the Flecktones, George Porter Jr. of The Meters, Greg Rzab formerly of The Black Crowes and the Buddy Guy Band, and Andy Hess, also formerly of The Black Crowes. Louis and Hess were eventually named as permanent members of Gov't Mule.

2004-2008
The first CD with Louis and Hess, Deja Voodoo, was released in September 2004, and additional material from those sessions was released in 2005 as Mo' Voodoo. The new lineup's second full release, High & Mighty, was released on , 2006, and it was followed in 2007 by a dub/reggae album called Mighty High - including versions of covers and original songs with special guest appearances by Michael Franti, Toots Hibbert, and Willi Williams.

Gov't Mule continues to tour extensively and have become staple acts at many music festivals including Bonnaroo, Wakarusa, Mountain Jam, Vegoose, All Good, and their annual New Orleans Jazzfest night show (where they filmed and recorded the last show of the Deepest End tours, with 17 guest musicians in a 6 hour show). 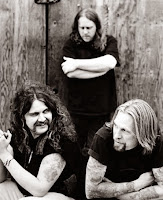 Every year since 1989, Warren Haynes hosts the Annual Christmas Jam in his hometown of Asheville. The concert usually takes place the weekend before Christmas at the Asheville Civic Center, as a fundraiser for Habitat For Humanity. Many artists who play at the X-Mas Jam also perform separate gigs in various Asheville clubs, usually the day before the Jam proper. The Pre-Jam, as it is called, features many of the same artists, in a smaller club. The 19th edition of the Jam took place on December 15, 2007 with performances by Kevn Kinney, Grace Potter and The Nocturnals, Shelly Colvin, Jason Isbell and The 400 Unit, Jackson Browne, G. Love, Bruce Hornsby and Peter Frampton among others. Gov't Mule headlined.

On June 28, 2008, Gov't Mule performed as a Power Trio for the first time since 2000, this time with its regular bassist Andy Hess. The band titled their set "Old School Mule" and ran through some of their older songs such as "Wandering Child" and "Thorazine Shuffle."

On September 15, 2008, Stefani Scamardo (Warren Haynes' wife) announced on her Sirius radio show that Andy Hess would be leaving the band and a new bassist would be in place for the fall tour. Hess was subsequently replaced by Jorgen Carlsson, who had been rehearsing with the band for six months.

On the same date, the first track of the new album, called ?Broke Down On The Brazos? (featuring Billy Gibbons of ZZ Top), was made available for listening on the website. 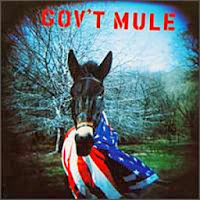