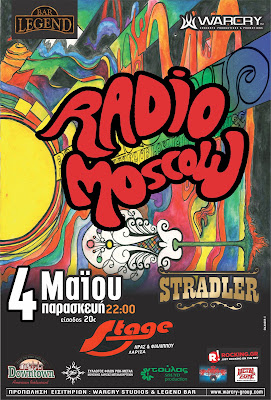 
One of the finest blues bands in the world is going to perform in the city of Larissa on the 4th of May 2012 at Stage club. Radio Moscow is an American power trio with three amazing studio albums released world wide. The band is currently touring Europe to promote its latest studio album “The great escape of Leslie Magnafuzz” and will include one show in Larissa.

Radio Moscow have accomplished a lot since their start back in 2007. In a rather short period of time, they managed to release three outstanding blues/rock albums and to make several tours in Europe and the United States. They are currently considered to be one of the best acts that rock n’ roll has to offer. The concert is going to start with Larissa’s very own rock n’ roll band “Stradler”. 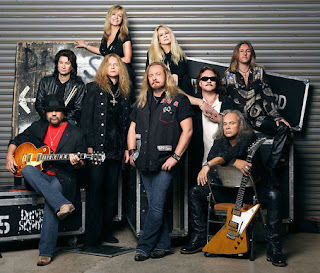 Will finally see them live in Athens! They Lynyrd Skynyrd, the most popular name of the south rock. And we will listen, live, songs like «Free Bird», «Sweet Home Alabama» and «That Smell». On 18 Iouniou in Greek Baseball Stadium.

Apart from the guitar riffs of the American South and the "lethal" songs, Lynyrd Skynyrd is a band with unappeased passion, a group responsible for perpetuating the unique American spirit.

And with new material, the first since 2003 and the Vicious Cycle. The band-legend Lynyrd Skynyrd returned to «God & Guns», an album that was released on the label of the historic «Loud & Proud / Roadrunner Records». Recorded in Nashville between 2008 - 2009, but various mishaps to beat the band. The project was interrupted by the sudden death of founding member Billy Powell and kimporntista and later bassist Ean Evans (2011).

After the recent deaths of Powell and Evans, «many will probably be expected to say here .. quite pulled," admits Medlocke. With a list that is well over 60 albums and sales reach 30 million, the Lynyrd Skynyrd remains a cultural icon who knows appeal to all generations. The new album God & Guns comes to confirm the rule. "We wanted to prove to the world that still hiding aces under the sleeve," says founding member and guitarist Gary Rossington. 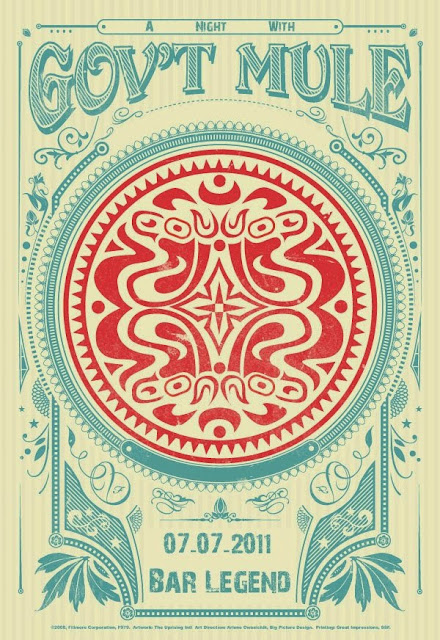